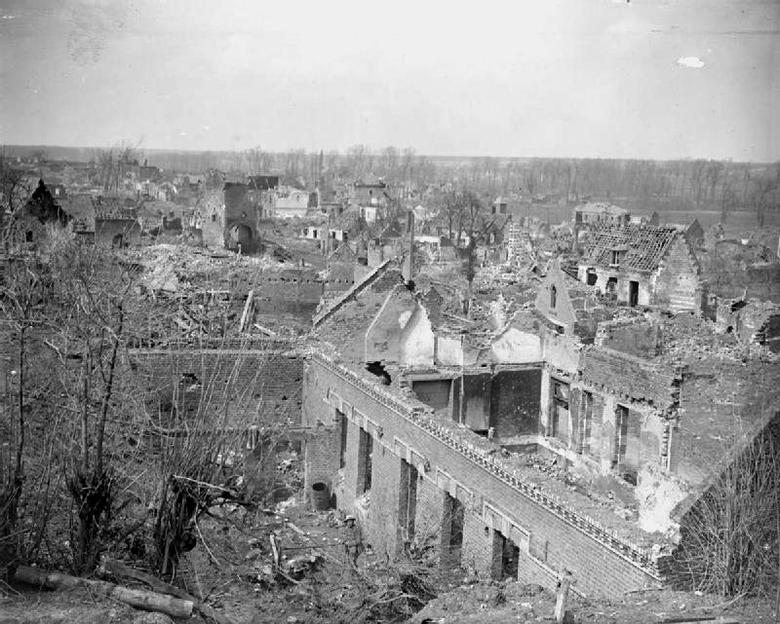 The ruins of Feuchy after its capture by 9th (Scottish) Division on the opening day of the Battle of Arras, 9 April 1917.

Battle of Arras began at 0530 hours on 9 April. The role of the Division was to capture the southern shoulder of Vimy Ridge with the Canadian Corps on their left and the 34th Division on the right. There were three lines of objectives named in order Black line, Blue line and Brown line. The Divisional frontage was 3000 yards broadening to 4,000 yards and the final objective 5,500 yards in depth.

Despite a heavy enemy barrage before the attack was launched the Division stormed through the first (Black) line which was covered in front by three and in places four lines of trenches. The Division advanced up a forward slope to Blue line and onto the second line. It took more than eight hours but the whole of the Blue line was held by the Division.

At 1830 hours 154 Brigade reported it had reached Brown line but 34th division had not reached it and the 152 Brigade with 103 Infantry Brigade of 34th Division assaulted it and carried it at 0500 hours. In fact 154 Brigade had been mistaken and had capture a position (Tommy Trench) several hundred yards west of the Brown line objective. It was not until the night of 11/12 April that 154 Brigade took Brown line to find the Germans had abandoned it. With the first phase of the battle of Arras completed the Division was relieved on the Brown line by 2nd Division on the night of 11-12 April.

An extract from "The Spirit of the troops is Excellent" by Derek Bird detailing the attack by the 6th Seaforth on trenches near Roclincourt during the Battle of Arras on the 9th/10th April 1917. 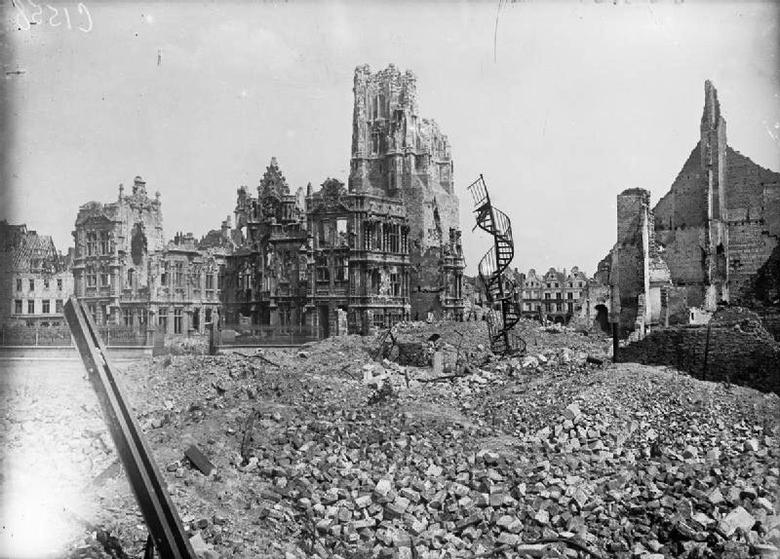 Three days later on the night of 15-16 the Division came back into the line relieving the 9th Division. In a continuation of the battle of Arras at 04.45 hours on 23 April the Division took part in the attack on Roeux and the chemical works between Fampoux and Plouvain. Initial success was met by determined counter attacks in what has been described as “the most savage infantry battle that the Division took part in.” Both sides fought almost to a standstill and on the night of 24-25 April the Division (except 6th Seaforths who could not be extracted and spent a further day on the line) was relieved by the 34th Division.

This effectively ended the Division’s part in the battle. During the month of April they had lost a total of 214 officers and 4,382 other ranks killed, wounded and missing.