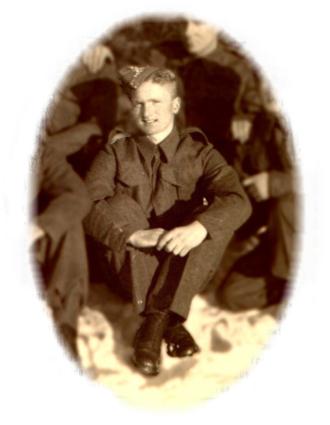 Henry Owens was a Gunner Artificer, RA. He joined up in June 1939. He was captured at St. Valéry in 1940 and spent the next five years as a POW before being liberated in May 1945.

This great collection of accounts from Henry Owens was sent to us in response to an ongoing campaign we launched in the Autumn of 2009 ([email protected]) in which we aimed to collect personal accounts, diary transcripts and copies of photographs and documents relating to those who had served with the 51st Highland Division.

We would like to thank Robert Owens and his family for sharing these detailed and moving memories of their Father's experience as a POW from 1940 in St. Valery to liberation in 1945. We hope you find them as interesting as we did.

"My father was in the 51st Highland Division; he was one of those captured at St Valéry in 1940. Once he retired from his work, my mother persuaded him to write down some of his experiences during the war. I have collated those memories into a small booklet that tells my father's story from his volunteering in 1939, through the capture at St Valéry, to life as a POW and finally the long march back from East Prussia into Germany, from where he was finally repatriated in 1945. It includes photos and copies of original documents as well as extracts from personal letters of the time." - Robert Owens (Henry Owens' son)

…At midday, with about two hundred tanks of the 25th Panzer Regiment leading, closely followed by the motorised infantry of the 6th Rifle Regiment, the 7th Panzer Division rumbled towards St. Valéry...

Personal account of the march into POW captivity by Henry Owens, 1940

Henry Owens describes the 1000 mile forced march that would become known as the 'Death March', January - May 1945.