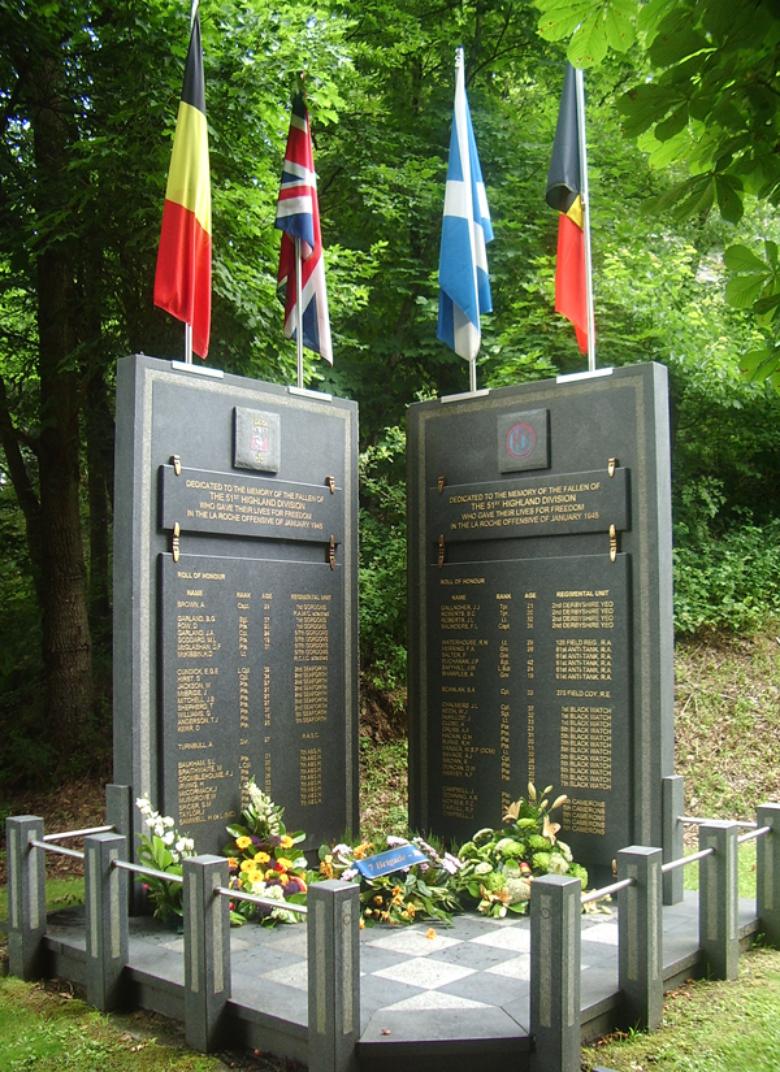 "Dedicated to the memory of the fallen of the 51st Highland Division who gave their lives for freedom in the La Roche offensive of January 1945."

This photo was kindly sent to us ([email protected]) by Didier Renard.