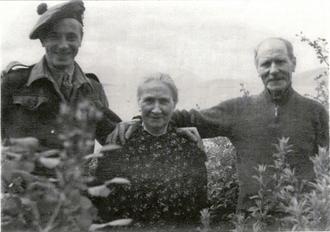 Johnnie Matheson retells the story of his five escape attempts from POW camps between 1940 - 1945.

He walked into wartime captivity with a haversack full of looted French franc notes of doubtful value from a bombed bank in St Valery - and more than five years later drove across a war-torn Europe heading for his Highland home in a brand new BMW car festooned with American stars and stripes, and a legitimate fortune in pounds sterling in his pocket.