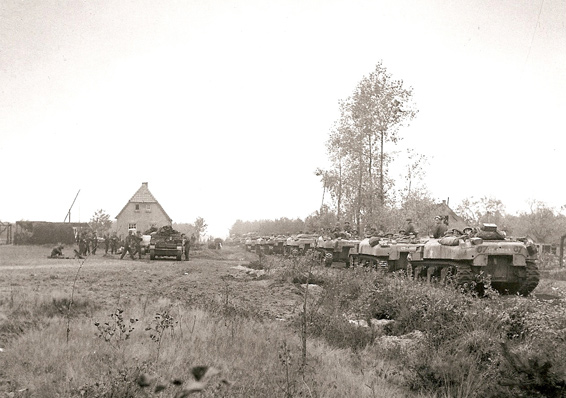 Units of 51st Highland Division go into the attack around Sprang, north of Tilburn, as the enemy are pushed out of SW Holland. Carriers are 6 pounder guns of the 1st Gordons moving up to the battle positions North of Loon-Op-Zand. (Photographer Sgt Gee 30th October 1944)