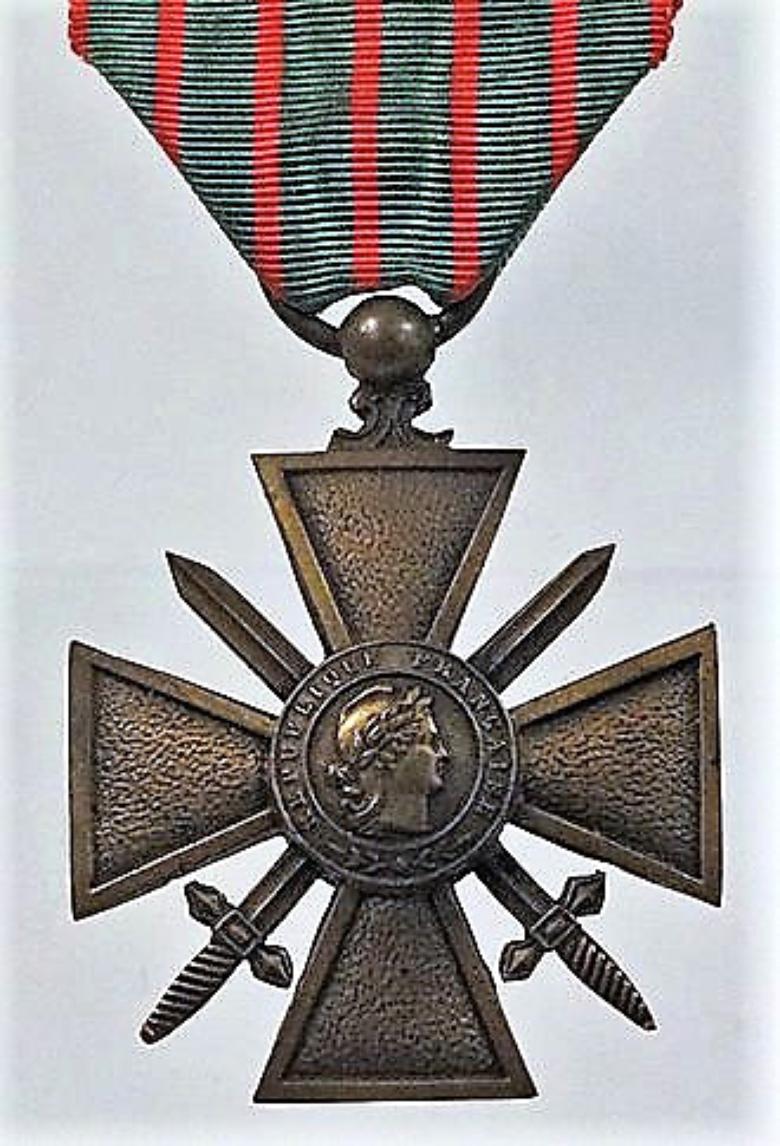 The Croix de Guerre was awarded to the 6th Black Watch for their actions in July 1918 in the Second Battle of the Marne.

The French Croix de Guerre (literally the Cross of War) was established on 8 April 1915 by the French Government, to recognise acts of bravery by individuals and units in the face of the enemy, specifically mentioned in despatches. The different classes of Despatch may be recognised by the emblem on the ribbon. For an Army Despatch this was the "Palme en bronze". Twelve units of the British Army received this award, of which two were Scottish, the 6th Black Watch and the 12th Argylls.

The Croix de Guerre was awarded to the 6th (Perthshire) Battalion The Black Watch for the actions which took place between 20th and 30th July 1918.

Attached to the French 5th Army as part of the 51st (Highland) Division, the 6th Battalion took part in the Second Battle of the Marne in 1918, when the advance of the German Army towards Paris was halted and turned into a hasty retreat. The splendid deeds of the 6th Battalion under the command of Lieutenant Colonel Francis Rowland Tarleton DSO, during the period 20 - 30 July 1918, culminated after seven days of intense fighting, in the successful storming of a well fortified and stubbornly defended wood.

The Battles of the Marne [ History ]

On the morning of 14 July 1918, before the first troops of the 15th, 34th, 51st, and 62nd British Divisions had reached their destination, the Germans launched an offensive on a front of 80km east and south-west of Rheims, crossing the Marne.

The Croix de Guerre was awarded to the 6th (Perthshire) Battalion The Black Watch for their actions in the Second Battle of the Marne which took place between 20th and 30th July 1918.